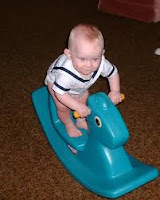 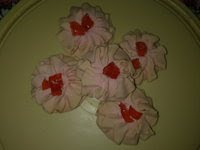 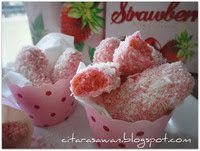 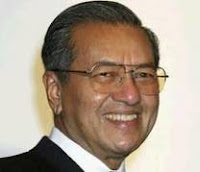 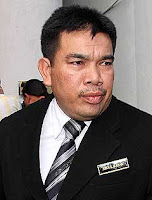 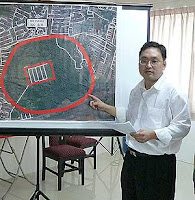 When PAS/PAKATAN takes over Putrajaya and dethrone Umno/BN it’s a victory of democracy against UBN autocracy , unjustice and racism in this country by the Grace of God. Likewise, when Golkar was toppled in Indonesia , dictatorship ends and democracy prevails. Ex –President was brought to justice , freedom of a peaceful assembly or people’s demonstrations , autonomy to Acheh ( no more killings of innocent civilians by ABRI) and restoring the rule of law in the country .

This is why Mahathir fears so much if PAKATAN takes over the parliament by infiltrating the people’s mind that Malay will lose its political power just to abstain PAS from replacing Umno with a better future , policy and agenda not only for the ummah but for all Malaysians as a whole together with Pakatan Rakyat as being the rights of all Malaysians as legal citizens of this beautiful nation.

Mahathir/Umno withdrawn Bumiputra’s scholarships and Bahasa Malaysia in Mathematics and science which eliminates rural outskits poor bumiputras and non bumis as well which is an illict act because these are the core of our Federal Constitution which is upheld by all the leaders in Pakatan Rakyat and has been violated by UBN.

UBN has humiliated the royalties in its campaigns which resulted in withrawing the royalties immunity and created a special court to judge the royalties. Thus , Umno bluffs the Malays and violated our Constitution, Malays, royalties and Islam ( Hudud) and self-protected and shielded itself with the primitive and draconian law called ISA and OSA to save Umno not Malaysia as feared by UBN, Mahathir and Najib in particular as their scandals are obvious. Such as the Memali incident, and Altantunya!!!!!. Murderous!

MIC with its Maika Holdings and MCA with its tycoon PKRZ . Liong Sik bluffed cabinet twice with his PKRZ vultures ofcourse Umno simply ‘overlooked’ with its interest as well. The are bunch of robbers , stealing the people’s money for greed and lust in a broad day-light robbery!.

The rights of the Kelantanese has been denied leaving them in poverty. Royalty of the people accumulated to RM2Billions and precisely it’s not RM20Million another bluff of Umno to the Malays in Kelantan . Yet TGNA truthworthy government manages to bring developments and fantastic progress of helping the people in its adovocating state policies to the people regardless of race , political ideology and religion.

When Pakatan becomes the Federal Government; ruling party , definitely Umno will be the Chief Opposition leaders as in Penang, Selangor, Kedah and Kelantan. Fake government in government such as Jabatan Pembangunan Persekutuan ( JPP) will be abolished for good. Royalty due to the people of Kelantan and Trengganu will be given to the rakyat. Bahasa Malaysia will takes it dignity in all schools and Universities. As the Koreans, Japanese, Russians, French, Dutch, Germans, Indonesian do to uphold their National Language as an identity of the nation.

RTM will be the rakyat media . Leaders of all parties will be granted an equal air time and freedom of speech such as an open discourse of the understanding of the Hudud Law( only meant to the muslims ; non – muslims opt for Civil Law) as an option to the people till it’s fully understood and supported by the people as this is the stand of Islam; no compulsion of the Hudud Law.

The government won’t have to spend RM Millions for unnecessary police bases during by elections . A peaceful assembly by the rakyat as granted by our constitition need not require water canons , FRU’s and what not to fear the people . We are not living in the Umno/BN ‘s primitive and Stone Age era.

ISA will be abolished as we’ve got all the necessary laws, too many infact to curb anti nationals and subversive groups. Such as Sedition Act , Police Act ;whereby one has the right to engage a lawyer .Offender must be proven guilty in an open court and not through a punshiment( ISA) without trial which is against the principles of Islam and humanity.

All parliamentarians are parliamentarians for all Malaysians of all races because their status as the ‘party representatives automatically dropped the minute they sworn in as “ Wakil Rakyat” no more as “Wakil Parti) let it be from Pakatan or UBN. 13thGE is only to select which party to dominate Putrajaya , that’s all but in practice all are “Wakil Rakyat Malaysia”

not “Wakil PAS, Umno, DAP, PKR or MCA, MIC for that matter. Thus, there will be no more politikings because we work for the people and the nation as our allowances all are paid by the people’s money not from our party.

Remember, the House is known as “DEWAN RAKYAT” not as ‘Dewan Pakatan” or “ Dewan Barisan” . Let as be matured as westministers are as in England not portraying a childish and foolish attitude in the parliament .

The truth is the truth and falsehood is falsehood and it does not matter from where it derives from . In the parliament , in actuality , there is NO PAKATAN and NO BARISAN . It’s only “RAKYAT!!!! . That’s it .

So work hard and assure that the 13th GN belongs to the masses , to the people , from the people, by the people and for the people through a new people’s government. Vote for Pakatan Rakyat !.

When democracy persists in Pakatan rule , by His Grace, the Islamic System will be fully explained without Umno’s expoitations anymore because RTM will be the rakyat media no more of Umno! Issues like Hudud and Madinah Constitutions could be debated freely live on RTM ,

academically with the discpline of knowledge and freedom of speech for every body on anything of the nation and the people ‘s interests.
“ God Is The Greatest! Peace Be Upon You.
Dicatat oleh Dato' Drs.Khalil Idham Lim (林川興) di 6:19 PG 2 ulasan: Pautan pada catatan ini 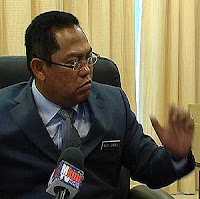 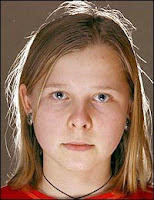 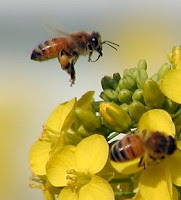 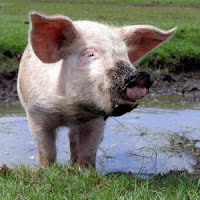