Islamophobia has much being diminished by PAS projection of out-reaching the non-Muslims with the ‘tasawwur’ or perception of Islam .

It’s non-Muslims wing i.e. PAS SUPPORTERS ASSEMBLY CONGRESS has managed to recruit about 20,000 non-muslim members throughout the nation regardless of race and ethnic groups.

It’s a big task for PAS for Islam has been distorted and manipulated by Umno as to scare away the non-muslim electorates to come near PAS.

Umno’s propaganda in the main stream such as if PAS rules with PAKATAN RAKYAT women are not allowed to use lipstic, chinese not allowed to eat swine, Chinese and Indians will be forced to become muslims and what not. These are all not the correct and true teachings of Islam.

As a matter a fact Nasir Safar being the hench-man of PM uttered that Chinese are prostitute immigrants and Indians are beggers immigrants. These are not the teachings of Islam as Islam is totally against racism , nationalism and chauvinism of any kind. Islam is not racist-based and it’s nature is universal regardless of race and religion .” ISLAM JUST FOR ALL “ being ‘rahmatanlil’alamiin ‘( a blessing to the whole worlds )

Umno says , ‘ Chinese and Indians cannot consume liqour. But PAS/PAKATAN in Kelantan allowed only non muslims to buy liqour at a certain liquor shops and take home and drink. Liqour is not sold everywhere around town and pollutes the society with drunketh drivers and motorists killing innocent people. Islam permits the non muslims to drink buy at limited shops drink at home.

Kedah PAS/PAKATAN has resolved the swine problems in Kedah mutually and peacefully which could not be done by Umno/BN after 30 years rule. Umno says, “ Non- muslims , Chinese and Indians will be forced to embrace Islam .

But Kelantan PAS/PAKATAN allowed the buddhists to build the biggest Buddha statue in Kelantan. This is freedom of religion guarenteed by Islam as proven by TGNA the CM of Kelantan .

After 20 years of PAS/PAKATAN rule ; the people of all races live in peace , harmony and prosperity in Kelantan. Remember, the only state did not occur 13th May was Kelantan under Asri –PAS rule where non-muslims are the minority. This historical facts cannot be erased by UBN.

“ Islam Just For All “. Poor peasants regardless of race, religion and party in Kelantan are given their shares in the ‘Ladang Rakyat” and are getting their monthly divident. Government loan without usury( Interest). Beneficiary of a deceased “Warga Emas” died at the age of 60 years above will receive RM 2,500.

Gambling premises have been closed since 1990. Whereas, Umno pseudo Islam ; PM tested market on License for World Cup Gamblng.

Mothers are appreciated by giving them maternity leave for 60 days. Kelantan PAS is the first to initiate “Family Day” and Charity Begins At Home” by giving the government servants extra one day holiday i.e. Saturday and Sunday for the family. Mahathir said ,’ PAS government is teaching the people to become lazy; which finally copy-cat by UBN.

UBN also copy-cat 3- rooms for low cost housing .That is for the parents, sons and daughters in separate rooms. Thus, Islamic System and good governance is an ‘Advocating State For The People “ as shown in practicality by TGNA. Kelantan is a typical example of a Non Islamophobia Advocating State for more than 20 years of PAS/PAKATAN rule.

Just immagine what would have been if PAS/PAKATAN takes over Putrajaya and dethrone all the UBN parliamentarians. The good governance of CM Us. Azizan of Kedah, Lim Guan Eng of Penang and Khalid Ibrahim of Selangor with people’s advocating agenda is being closely watched and evaluate by the Rakyat . Who is for the Rakyat and who is for the crony, racism, chauvinism and corruption.

After five decades of UBN rule, Umno and MCA still play racism and religious sentiments. MP Teoh was slammed for entering the surau without covering the hairs. But Sharizat and Rosmah instead doing the same thing were not slammed by Umno . What a religious mockery which is merely political.

DAP wrong, if MCA! Umno slammed at Us. Zakaria Ahmad invoked God to guide CM Guan Eng to lead the State in justice , peace and harmony . Whereas Islam permits this act as shown in its precedence and jurisprudence whereby the prophet once invoke for two Umar’s and one one of them i.e. Umar Al Kattab embraced Islam and became one of the caliphates in Islamic sovereign.

Thus , Islam has been distorted by Umno and the old orchestra songs of racism is still being played by Umno-MCA which has been refuted by the masses in the 12th GN because the masses have fully understood that Umno/BN has made Islam and racism a mockery and a blunder to the nation.

Even the muslim scholars in the Prime Minister Department once said, ‘ Women can go for prostitution if it is emergency” .Umno leaders said,” Islamic System is not feasible in a mult-racial country and yet they talked about Islam Hadh(Civilization) not ISLAM ISLAM 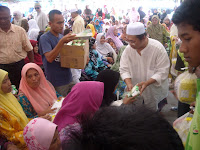 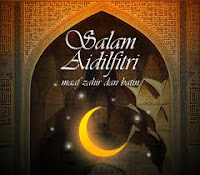 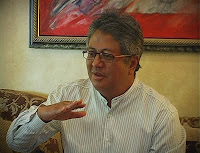 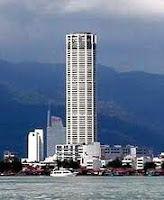 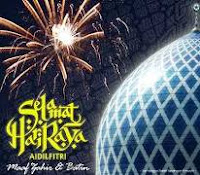