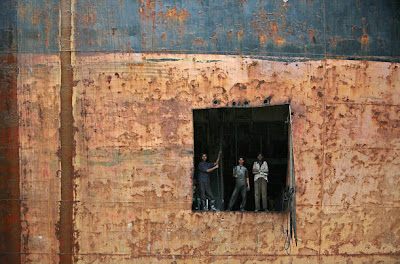 Workers peer out a hole cut in an old vessel at a ship breaking yard in Chittagong, Bangladesh. 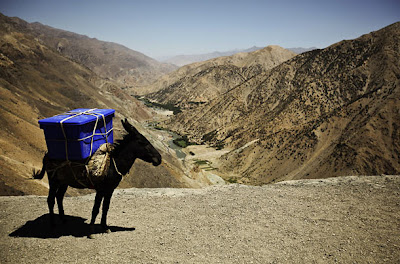 A donkey carries election supplies to a rural polling station in Sighawar, Afghanistan. 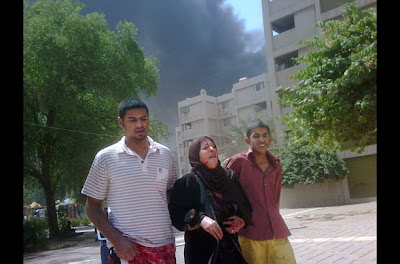 A weeping, wounded woman walks with family members away from the scene of a massive car bomb explosion in central Baghdad. 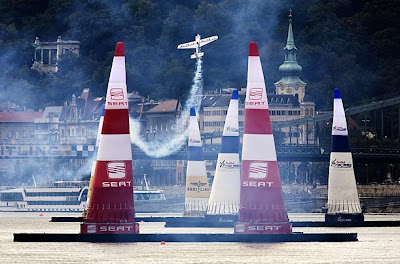 Hannes Arch of of Austria flies above the Danube River during a practice session of the Red Bull Air Race World Series in Budapest. 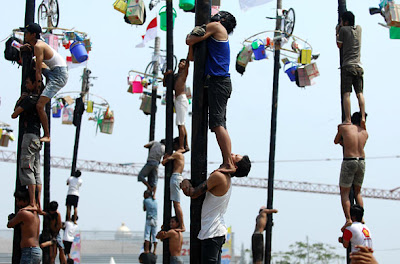 Contestants in Jakarta help one another climb greasy poles to reach prizes at the top during celebrations of Indonesia's Independence Day. 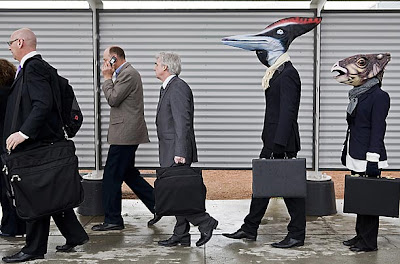 Protestors attempt to blend in with commuters at Australia's Canberra airport during a demonstration calling on the 'dinosaurs'in power to stop blocking the urgent action needed to address climate change. 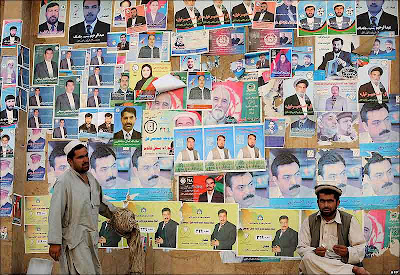 Posters of presidential and provincial council candidates in the Afghan capital, Kabul. Afghans vote on Thursday to choose a president for only the second time in the country's history. President Karzai faces a strong challenge from former Finance Minister Abdullah Abdullah. 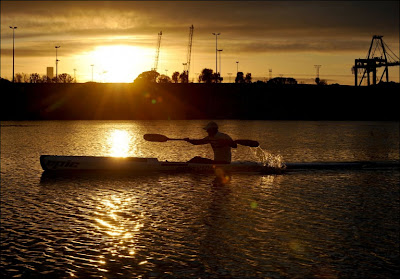 Childhood Cancer Institute of Australia ambassador Craig Goozee paddles his sea kayak up the Yarra river at dawn on day 73 of his 93-day marathon around Australia.