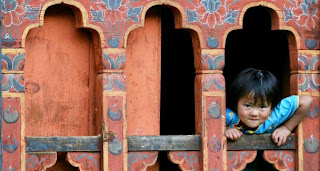 A Bhutanese girl looks through a traditionally- made window in Thimphu July 18, 2009. Five decades ago, Bhutan was a feudal, medieval place with no roads, proper schools or hospitals and scarcely any contact with the outside world. Today education and health care are free and life expectancy has risen to 66 years from less than 40. — Reuters/Singye Wangchuk 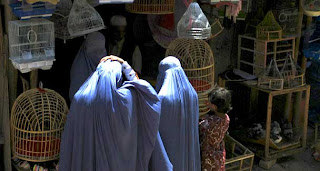 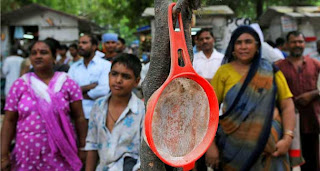 A sieve hangs from a tree as Indian residents watch their allegedly illegal housing be demolished in New Delhi on July 18, 2009. Municipal Corporation of Delhi (MCD) demolished several illegal houses built on its land and relocated the residents to alloted housing. — AFP Photo/ Manan Vatsyayana 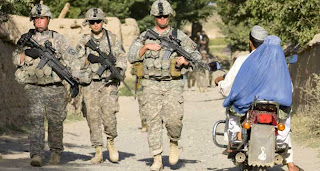 An Afghan family rides on a motorcycle past US soldiers of the 10th Mountain Division conducting a joint patrol with French and Afghan troops at Hajian village in the mountains of Wardak Province July 15, 2009. — Reuters/Shamil Zhumatov 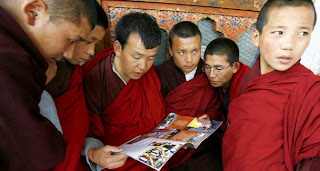 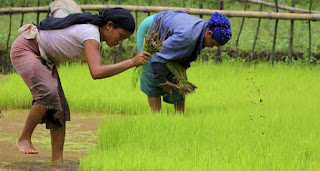 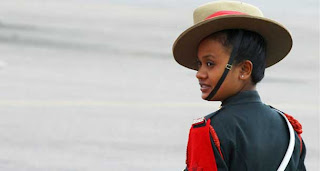 A Nepalese Army Cadet waits for Prime Minister Madav Kumar Nepal to arrive at the Tribhuvan International Airport in Kathmandu on July 18, 2009, after his participation in the 15th summit of the Non-Aligned Movement (NAM) in Egypt. Prime Minister of Nepal said he asked for support of Nepal's peace process during the summit with leaders of non-aligned countries, including the prime minister of India. — AFP Photo/Prakash Mathema 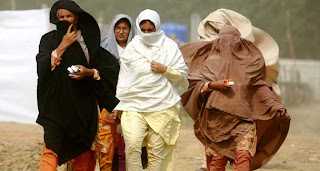 Internally displaced women walk through the UNHCR (United Nations High Commission for Refugees) Sheikh Yaseen camp during a dust storm in Mardan district, about 150 km north west of Islamabad, July 18, 2009. Some thousands of the two million internally displaced returned home for the sixth consecutive day after Pakistan lifted restrictions to boost confidence among residents wary the Taliban might come back. — Reuters/Ali Imam